Menu
Sign In
You have not set the menu to show in this store view yet.
Language
Nederland (EN)
Account 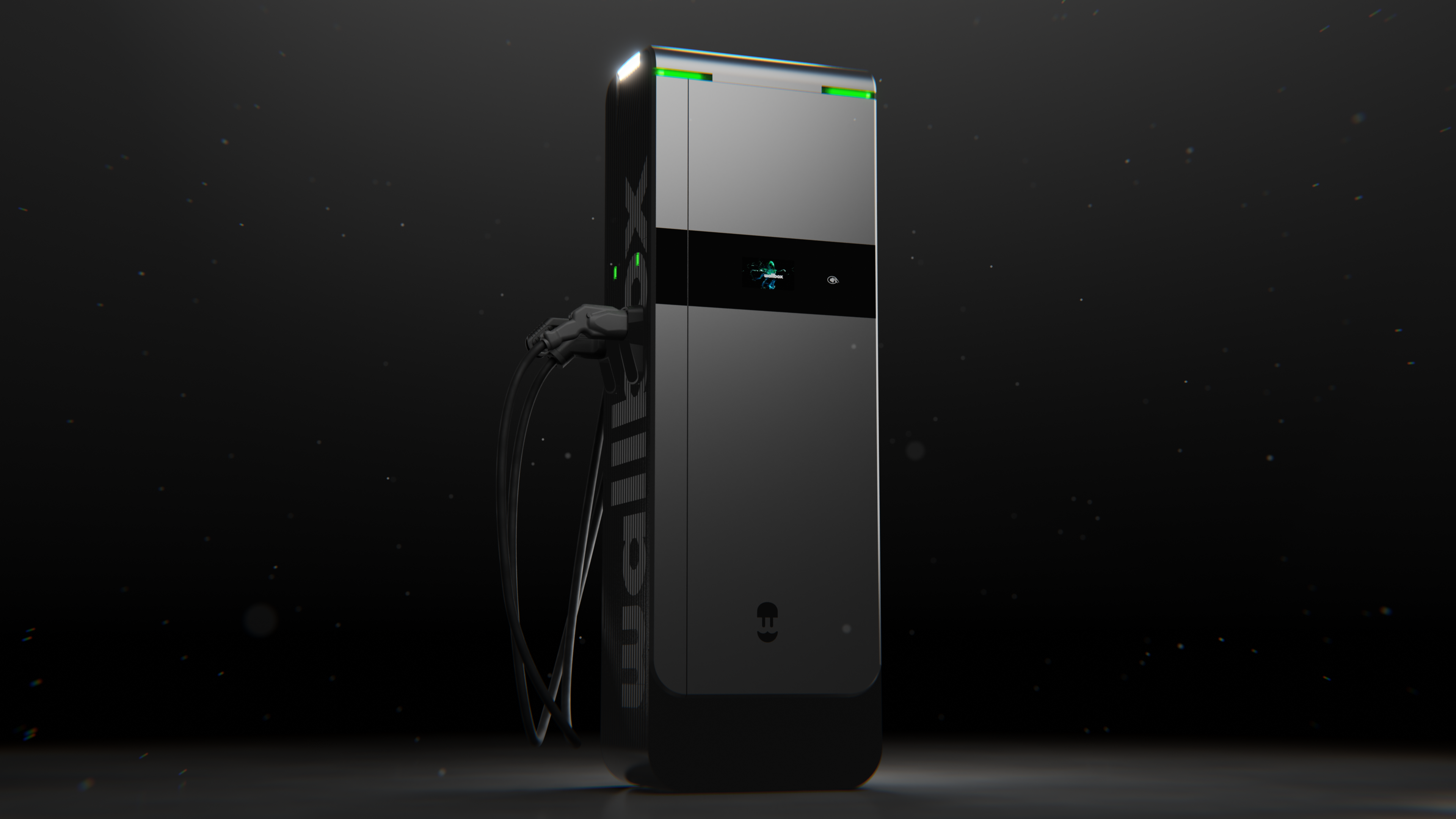 Wallbox introduces Supernova, its first public charger that will change the market with a more efficient and more reliable product for half the price of its competitors

Wallbox introduces Supernova, its first public charger that will change the market with a more efficient and more reliable product for half the price of its competitors

Barcelona, October 1st 2020, Wallbox, the leading energy management company that manufactures smart charging solutions for electric vehicles, is once again revolutionizing the sector by presenting today the functional prototype of the Supernova, its first rapid public charger destined to revolutionize the public charging sector by offering a charge fast and efficient 65kvW at half the current investment for a public charger of the same power.

In line with the historical baggage of technological and design innovation that have become the distinctive and unequivocal signature of Wallbox in its five years of life, Supernova is the first public rapid charger developed by the company, and introduces levels of efficiency and reliability previously unknown in this market segment. Taking advantage of multiple aspects of Quasar's proprietary technology, its bi-directional charger launched last year, the Supernova results in a product of optimized design, light and easy to install.

Supernova has been developed to address the main public charge pain points in the city:

Reliability: Supernova is made up of 9 systems that work together, but independently, rather than just one system. This means that if one of the modules is unable to provide full power at any given time, the other modules will not experience interference and will continue to operate normally, ensuring that the charger continues to operate

Installation and maintenance costs: Each module that makes up the Supernova is a compact and lightweight unit. Thanks to this modular assembly, Supernova has important advantages in terms of infrastructure and resources necessary for its installation, dispensing, for example, heavy machinery for its transport and movement. Maintenance is also improved due to the simplicity of its design. Faulty modules can be easily interchanged, rather than requiring complex replacements.

Price: Supernova will be available at half the price of comparable chargers due to its technological improvements, which make it more efficient in a 360-degree spectrum. Added to this is the significant reduction in installation and maintenance costs, which Wallbox estimates will be 50% or more.

In this regard, Enric Asunción, co-founder and CEO of Wallbox, highlighted that “The path towards the adoption of renewable energies is intrinsically intertwined with the adoption of electric vehicles, which requires a comprehensive charging infrastructure. Residential and semi-public charging is convenient and cost-effective, covering more than 80% of drivers' needs. But ultimately, for electric vehicles to completely replace ICE vehicles, we must eliminate any inconvenience associated with charging and deliver a seamless, stress-free experience, whether driving within the city or taking a trip. across Europe. An extensive and reliable network of public chargers is essential for this. With a less expensive and more reliable charger like the Supernova, we can accelerate the virtuous cycle of creating this infrastructure which, in turn, will accelerate the adoption of electric vehicles”, commented Asunción.

The Supernova will allow the number of charging points to be exponentiated to allow charging up to 65kvW for short periods of time in situations already integrated into users' routines such as going to the movies, shopping, or a restaurant. With this power, the charger allows a user to charge 100km of autonomy in XX minutes.

Iberdrola, who recently announced that it will invest 150 million euros to install 150 thousand charging points in public roads, homes and companies in 5 years within its commitment to internationalization and renewable energy, has closely followed the development of this prototype and it will become the first company to acquire this revolutionary public charger.

Eduard Castañeda, co-founder and CPO, explains what makes Supernova unique: “We have used the same electronic composition and concept that makes Quasar the lightest, most efficient and compact bi-directional DC charger of its kind and we have applied it to public charging. The result is an exponentially more reliable and efficient charger, due to its modular construction that, on the one hand, optimizes its functionalities and, on the other, isolates faults. This also allows to increase the ease of installation, maintenance, and ultimately costs".

This strategic move by Wallbox joins the acquisition of Electromaps, the leading platform in offering access to the largest network of public charging points for electric vehicles, announced a couple of weeks ago, which is used by 95% of users of EV's to locate and share comments on public charging points.

Wallbox also provides its 100,000 users with access and payment directly from their mobile phone, unifying the entire charging infrastructure and improving the experience of electric vehicle drivers, making it more complete and reducing autonomy limitations.

Setting the EV's user at the center

In the words of Bárbara Calixto, CMO of Wallbox, “New technologies often require changes in the way we do routine things. Ultimately, change is motivated by providing sufficient incentives to overcome obstacles to adopt these new alternatives. Most consumers consider that electric mobility is beneficial either because of the lower environmental impact or even because of the improvement of the driving experience. However, they rate the charging infrastructure as one of the main deterrents when considering an EV, and from my point of view, they are right. Fortunately, the few countries with sufficiently developed charging networks, such as Norway and Sweden, provide a brilliant vision of what the future will look like: the development of a charging infrastructure and the adoption of electric vehicles go hand in hand, and as the former is built, it will accelerate the second. In turn, more electric vehicles make public charging profitable and even lucrative”,said Calixto.

To conclude, he highlighted that this bold bet by Wallbox by introducing a product that provides significant cost advantages and greater reliability, will not only positively impact public investments, but will also create an opportunity for private investments in the sector to accelerate the EV's adoption cycle even more.

Supernova production will be ready in the second quarter of next year for distribution in Spain, the European Union and the United States, since ultimately, the broader purpose of Wallbox is clear: to facilitate the adoption and use of electric cars today to allow more sustainable use of energy in the future, and all this happens to revolutionize charging at home and now also public charging.

Wallbox is a leading energy management company that manufactures smart charging solutions for electric vehicles. Combining state-of-the-art technology with exceptional design, Wallbox creates a smart ecosystem that improves the way we manage, use and store energy. Created in 2015 and with its headquarters in Barcelona, Wallbox’ mission is to facilitate the adoption of electric vehicles today to make a more sustainable use of energy tomorrow. Envisioning a world free of fossil fuels, Wallbox™ technology enables people to create, use and share renewable energy in ways they never imagined. It currently sells to more than 40 countries and has 250 staff spread across offices in Europe, Asia, and America, as well as 2 factories of its own. Wallbox offers four types of chargers, including Quasar, the first bidirectional charger for home use with advanced two-way charging technology. It was recognized with the highest distinction by CES, the world's leading technology trade show for the industry. During the first half of 2020 Wallbox completed a Series A round of investment of 23 million euros.

How can we help you?